It has taken border closures and the lockdown of billions of people for the notion of ‘local’, devalued by decades of globalisation, to make a comeback in our daily lives and in the prevailing political and economic narrative. An unprecedented halt to global production, seemingly unimaginable until now, was the vital ingredient we needed to re-open the conversation around re-localising business activity and local sourcing, and this without any suggestion of incongruity or moving backwards, the sub-text being – inevitably - a need to regain sovereignty.

Will this local revival happen nonetheless? You can’t depend on it so long as adverse forces come into play. However, there are at least two sectors of the economy that have been hit so hard the lessons learnt will continue to be heeded in our new, and hopefully more resilient, world as we emerge from the current crisis:

This crisis, which has crippled

in international procurement, has brought us face to face with something unimaginable: empty shelves! In France! It’s given us a glimpse of the ghost of scarcity, virtually unknown in a country where most of the population has never experienced war. It may have been temporary, but it was sufficiently electrifying for the French President to acknowledge on 13 March 2020 that “delegating our food supply ...to others is madness”. This statement, a reversal of 40 years of policy, may have come as a surprise to media commentators, but not to consumers!

The desire to escape this paradox has been simmering for years! The scandals that have punctuated the last two decades revealing such scourges as mad cow disease, or lasagne containing horse meat, polemics about the dark side of junk food, damage to the environment and animal well-being have left their indelible mark, and consumers with a desire to know exactly what is on their plate. The proof can be found in the shape of an ongoing and long-term trend, whereby slowly but surely, consumers are turning away from

and industrial food production towards local businesses, traditional artisanal produce, open air markets, farm shops and other local producers - within the limits of their purchasing power.

The truth is that our ideas about the food we want to consume have changed more rapidly in reality than behaviours in real terms. The fact remains that the French still buy most of their food in hyper and supermarkets (83% in 2017, of which 10% from the hard discounters - source FranceAgriMer 2018). Aspirations about food have certainly changed more rapidly than – and in a divergent direction to - the food industry itself: while we may complain about the quality of what is on offer, we have to acknowledge that modern food supply chains have guaranteed the West, from the 1960s onwards, constant access to cheap and plentiful food. The downside? A chemically enhanced system of agricultural production that is disconnected from local demand, traded on commodity markets with access to a planet-wide agri-food industry, and benefiting from phenomenal economies of scale.

The results are there for all to see: in France, for example, the average spend on food shopping fell, as a proportion of household budget overall, from 21% in 1968 to only 13% in 2014 (the French Institute of National Statistics - Insee - via  Le Monde). This represents a 61.9% decrease, and has boosted consumption in other sectors for many years. However, as a production and distribution model that only focuses on lowest possible prices, it has had appalling consequences, as much for the planet and the climate as for what lands on our plate:

We believed in our success: that we had won a definitive victory in freeing our food production from the tyranny of seasons, climate, bad harvests. While we may have achieved abundance,  it has been at the cost of a catastrophic ecological footprint  and an unhealthy dependence on a supply chain that – were it to suddenly collapse - would leave a city like Paris with just three days of food stocks.

In 2017, the Utopies cabinet published a fascinating study which rated the average degree of food autonomy of the top 100 French urban centres at only 2%. This means that 98% of food products (raw, processed, transformed or cooked) consumed by households do not originate in their catchment area. “And the reason behind this is not a lack of food production in the areas concerned, because at the same time, 97% of local agricultural produce from the top 100 urban areas ends up in food products consumed outside of the region…” This tells us just how far off the mark we are, and how long it could take to change the numerous parameters which have led to such an imbalance.

At a time when a growing number of regions, rural and urban, are expressing interest in increasing their food autonomy, those already ahead in this area know that the road ahead is long, thankless and complicated... As the remarkable guide book published by the association Les Greniers d’abondance (literally The Granaries of Abundance) explains, the transformation of local food systems with the aim of creating greater resilience will require:


A head-on approach is required, and one that takes care to minimise and optimize transport flows between the points of production, distribution and consumption throughout the territory.

It’s now or never to up the pace!

Access to local produce is not just a nice-to-have but a necessity at a time when urban populations under siege see their food supplies limited as a result of the global crisis caused by the Covid virus. This goes for communities as it does for individuals. While everyone welcomes the way producers, artisans, food companies, local businesses, supermarkets and carriers are mobilising at a local level to find solutions, these efforts need to gear up, and research in the field needs to be encouraged.

All stakeholders must work with - and not against - the specifics of local geography and agriculture so that local food systems can be rebuilt and strengthened, with the needs of each region taken into account. Geography is key to good decision-taking and mission success at regional level: in-depth understanding will be required of the existing supply chain through to research and development for installation of new infrastructures, and extends to soil rehabilitation programmes, and optimisation of distribution channels.

With this challenge and the unprecedented opportunity it presents, GEOCONCEPT is partnering a research project with PICORA (Inclusive practices of regional food consumption) at the Institut de Recherche en Gestion de l’Université Paris-Est Créteil Val de Marne (UPEC). The project aims to research local food supply and demand structures and juxtapose these with consumer habits and behaviours to identify the drivers that could make local production an inclusive practice in urban areas. In researching the various practices and studying possible routes for regional deployment of the outcomes, the research team will use our

solutions. We will be sure to share the results of this exciting initiative as and when… 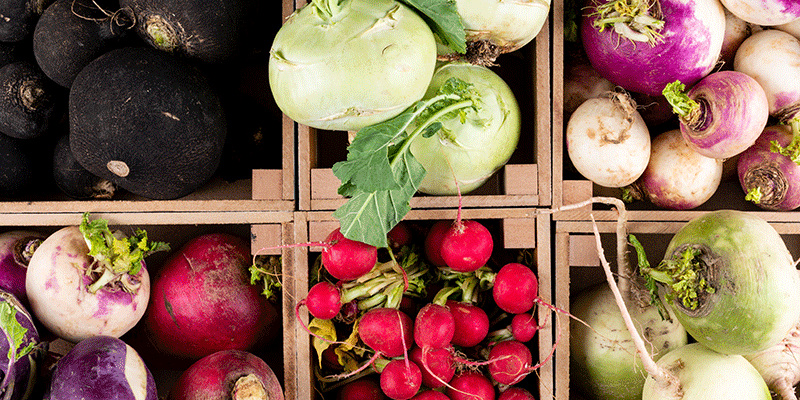 [Interview] Autonomous vehicles: reality is not, a...

[Interview] Consumer goods: the drivers that can b...