The retail sector and the challenge of hyper-segmentation

The retail sector and the challenge of hyper-segmentation

Three trends are particularly likely to have an impact in the short or medium term on urban geography and sociology.

Will the Covid-19 crisis and its fallout cause retailers to revisit siting strategies for distribution outlets, and, given the ties that bind them within the distribution chain as a whole, force convenience goods players to reconsider their options? Some commentators for the sector are starting to air their views on this question, taking as starting point consumer behaviours during lockdown and the first weeks of easing of restrictions. Three trends are particularly likely to have an impact in the short or medium term on urban geography and sociology, and, as a result, on decisions about investment and dis-investment. The major chains and brands need to look closely at what is happening if they want to keep listening to their market, and remain in step.

The rise in remote working

As of 17th march 2020, 5 million French people stopped going in to their workplace and switched to working full time from home. Businesses were largely unprepared for such a major operational change, but, with trial and error, they became proficient, and were able to maintain all or part of their activity. This truly magnanimous test of practicability demonstrated to many companies that remote working is a fully viable option for many salaried employees, including non-executive staff. It’s worth reminding ourselves that before this crisis, and despite the protocols brought in by President Macron to relax the regulatory framework in 2017, only 7.2% of salaried staff were working remotely, of which 3% regularly and 4.2% occasionally. Of these, 61% were management, who only represented 17% of the total salaried workforce (Insee-Dares, 2019 / 2017 data).

With the proof of feasibility established – technical, material (in terms of work tools and equipment), and managerial, are we now going to see tele-working become the norm? Probably not – at any rate, not for all 100% of salaried staff, and not 100% of the time. According to the surveys carried out post-lockdown, the scenario that is emerging is rather of a tangible increase in the number of staff (managers and non-managerial) who might work from home for 1 or 2 days per week. This quite reasonable aspiration is held by the majority of those eligible for home working. The main reason? Doing away with the dreaded ‘commute’ – thus making a significant difference to quality of life and the work-life balance, notably for those living in Paris and its suburbs. Clearly this will impact hugely on patterns of consumption around the workplace, and negatively affect the revenue of certain types of business. This mainly concerns:

Imagine for a moment a scenario whereby x% of French office staff only go into work 3 times a week instead of 5. From what value of x will this impact these retailers? In which towns, and in which districts? Under what conditions will retailers be able to maintain their points of sale in the districts most affected by this phenomenon? Should they close certain points of sale, or invent new formats to keep some kind of sales presence in these districts? What other local parameters should be taken into account? Through which new site might they compensate for closures elsewhere? Would it be wise to invest in more residential districts? What would happen if the trend grew, and if x% of enterprises decided to reduce their office space by half, or simply opted to keep no office space at all?

offer the capability to analyse data and perform multi-criterion simulations so that a host of different scenarios can be tested. Strategies built on the results for siting and

are therefore based on real time data and analysis of the current situation, and take new social and spatial realities into account. These socio-spatial or spatial-social approaches at the infra-communal level (IRIS zones) also allow businesses to assess the potential impact of the following two trends.

After two decades in which we have seen a process of gentrification in our major city centres, will financially better-off city dwellers now abandon the city?  Some of those who left the city at the start of lockdown and went to second homes or a family residence in the provinces say they have seriously considered moving out permanently. Their first choice would be to live in a medium-sized town rather than deep in the countryside, so they can continue to benefit from mainstream services such as schools, health services, and, importantly, a railway station. It is the managers above all who express a preference for this option, as they can work remotely for a large proportion of their working hours, and are prepared to travel once or twice a week into Paris, while allowing their families to enjoy a more comfortable life outside the city – these comfort levels clearly being the more interesting if they retain their Paris salary weighting.

Moving to the country is tempting rather for members of what the geographer Richard Florida referred to as the «creative class»: independent IT or artistic design professionals, etc. Having played a decisive role in the gentrification of popular central urban areas, these working professionals aged 30-40, perhaps highly qualified rather than financially comfortable, are looking for a way of life and an environment that is more in tune with their aspirations, and notably their ideological and ecological principles. Add to this a small minority (for the moment anyway) of graduates from the best colleges and universities who, in search of a meaning to life, want to break with the world of salaried employment and large companies altogether to embark on a new adventure – to find work in the world of art, artisanal production, or even farming.

But you can’t change your life from one day to the next. Estate agents are concerned about the impact that this kind of decision could have on the residential housing market, notably in Paris. Today, the hypothesis has not been confirmed in terms of hard data for property transactions – at least, not yet. A player like Century 21 meanwhile notes a 156% increase in browser searches on ‘house in the country’ since the end of lockdown, (in comparison with figures published for last year) and is closely following an emerging focus on specific regions in France, such as the Arcachon basin, the North of Brittany, Normandy, or Aisne.

It goes without saying that if even just some of those searching actually carry out their plan to move, the change would be accompanied by changes in demand, especially with regard to food shopping. We know the appetite this segment of the population has for organic foodstuffs and local produce: will the major supermarket chains be able to meet the demand, and if so, with a sufficient authentic offering? Will they know how to move into town centres, knowing that this customer class no longer wants to travel to the traditional supermarket hyper-centre sited at the periphery of the town centre? Would the arrival of a population with higher purchasing power justify the siting of some major supermarket chains in the centre of an average-sized town? Which ones? Conversely, would it be sensible to forego a physical presence altogether and rely exclusively on e-commerce?

All of this remains strictly hypothetical, but these trends in thinking were already at work before the current health crisis: it could be that a resurgence of the epidemic or a really vicious heatwave could drive the population at large to act swiftly. Retailers would do well to include such deliberations in their marketing studies and make sure they have already identified economically viable responses to implement if and when the time comes.

The relentless ebb and flow of consumption

The Banque de France has estimated that households in France have saved 55 billion euros in the course of 8 weeks of lockdown. In contrast to what retailers might have hoped, the freedom to move around has not brought with it any significant explosion in consumption: the French have continued to save, bringing the jackpot up to 75 billion at the start of July 2020. For the economist Xavier Timbeau (OFCE), the re-injection of these billions into consumption ‘is one of the keys to a successful recovery: many business activities are on hold because of the way people are consolidating their savings. But the current uncertainty could push households to hoard.’ Obviously this is not a time when people feel inclined to indulge in retail therapy, or spend for pleasure. While a minority have discovered they actually quite like a more frugal existence, for the majority it is quite simply a question of being prudent in anticipation of hard times to come that is driving the trend to spend only what you absolutely have to. This thrifty behaviour manifesting across all social categories has to be seen in the light of widespread fear of impending loss of employment and a permanently blighted economy.

On the part of retail and convenience food players, Philippe Goetzmann rightly points out, in this intervention (from 1:10:43), that crises always result in some business failing, and some having to consolidate their offering: companies in a healthy state at the start of the crisis might buy up those in difficulty, and come through in a much stronger position with a larger market share. Nevertheless, he argues that over the last 15 years or so consumer demand has reversed, preferring differentiation and hyper-segmentation. In a society that is moving towards an archipelago-type structure, according to Fourquet, and towards impoverishment, according to Todd, Philippe Goetzmann anticipates growing frustration among the less well-off for simple lack of purchasing power, and because of the strategies deployed by retailers and supermarket chains to prioritise high-end product ranges. His conclusion is that «the archipelago type of approach to marketing consumer goods risks taking off in a dangerous escalation that will in turn force consumer goods players to strongly segment their offering… not least because the large middle class that consumer goods distribution has been supplying in the past is fast fragmenting, with the result that it will be increasingly difficult to respond to ever more divergent consumer expectations.»

Now is the time - more than ever - for retailers and suppliers of convenience foods to tackle these issues head-on, and get to work using

to examine social realities and the ways they are intricately woven into the fabric of our territories, to build viable offerings for a nation that may be permanently scarred by recent events. 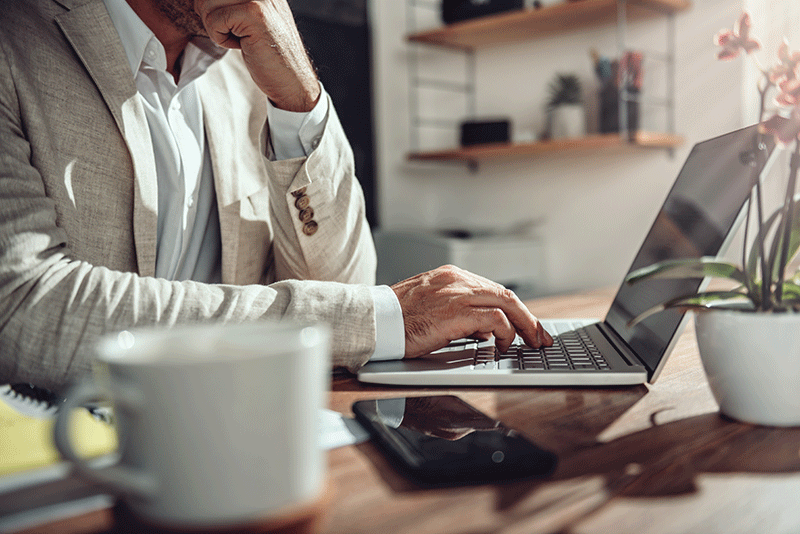 [Interview] How do you restore your salespeople’s ...

Business efficiency – time for a makeover?